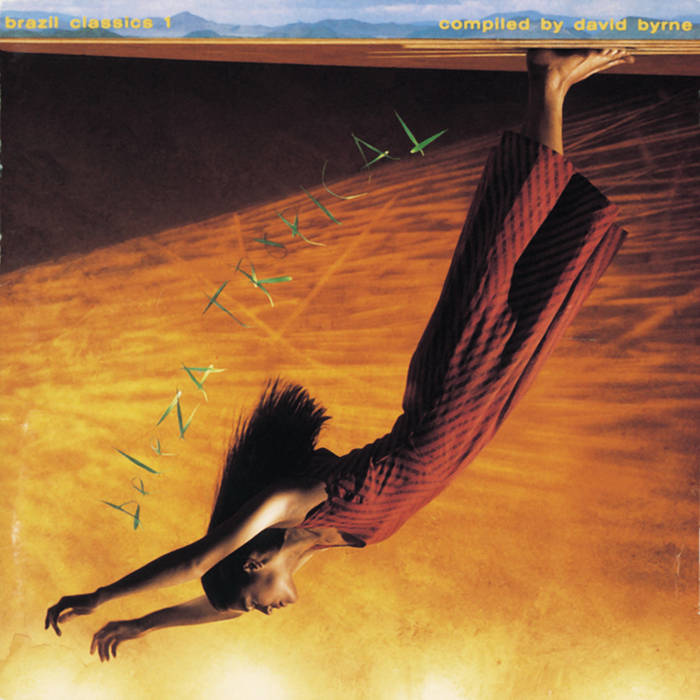 "These songs represent but a small sampling of the fruits of a flowering in Brazilian creativity. The innovations in structure, lyrics and arrangements, combined with a very restrained but heartfelt intensity, are unique to Brazilian pop music… and in their own way, are as radical, seductive and beautiful as the best english language pop.
The “lightness” of much Brazilian pop music is often mistaken or confused for American middle-of-the-road bland radio ballads. We associate lightness, subtlety and easy rhythms with shallowness and music without guts. It is a mistake that can blind us to much of the world’s great music. Some of the artists represented on this compilation were in fact forced into exile from Brazil as a result of sweet sounding songs like these. It is hard for us to imagine this music as being in any way dangerous, but the military regime that ruled Brazil during the late ’60s and early ’70s found it quite threatening. The combination of lyrics, the re-introduction of Afro-Brazilian rhythms and the electric guitars encouraged and inspired a whole generation in Brazil — much to the dismay of the government of the time. Maybe those songs are a more human form of political pop than our rabble rock epics which often sound too close to national anthems or marches for me. I first heard music like this about nine years ago. I didn’t “get it” then — I couldn’t hear it for what it was. Then, years later, I picked up a few LPs by Milton Nascimento and Caetano Veloso. I had no idea what was on them — I was buying blind, as I often do. I guess I was ready, because after that I became kind of obsessed, and every time I went to the record shop, I’d get a couple of Brazilian LPs. Some were great, real seductive ear openers, while others were not at all to my taste. But the gems far outweighed the garbage. I became intrigued by the question: What kind of culture could produce such radical yet beautiful music? I visited Brazil for the first time in 1987, mainly staying in Bahia (Salvador), as that city and state are the most African, and serve, in many ways, as the source or root of much of the most exciting Brazilian music. It is this mixing, blending, and creolizing of forms that creates the freshest music.
Many of the artists on this compilation are cultural heroes in Brazil (and deserve to be here, too). Their concerts are attended by young and old alike… and almost everyone knows their names. Their music is extremely sophisticated, yet it appeals to almost everyone. They play to sold-out shows in Paris and Tokyo, and yet they represent but a small part of the variety of contemporary styles that can be found in a country as vast as Brazil.
There are (at least) two more very popular styles that I would like to present on subsequent compilations. Samba and Pagode, the dance music of the mainly urban poor in and around Rio, and Forró, the dance music of the poor in and around the Northeast. And these are only the tip of the iceberg. The artists on this compilation continue to grow creatively while a younger generation of musicians who grew up listening to these songs are now making their presence felt. We await the ’90s."